We are honored to announce that World Record holder Adriana Istrate, the most resilient marathon runner in the world, has joined Restart Energy as our newest ambassador.

Before redefining the impossible and setting a new world record, by completing 14 marathons on all 7 continents, Adriana had a normal day to day life, a regular job, and average hobbies. One day she realized that there is more to life and started chasing her dreams.

How it all began

Adriana’s story is an inspiring one, showing everyone that nothing is out of your reach as long as you believe in yourself and are not afraid to work towards achieving your goals. Being a regular woman over 30 one day and setting world records the next, is certainly a very impressive turnover that shows everyone that we can do amazing things if we work for them.

Realizing that her life was spent too much at the office working late and paying for gym memberships that she could not use due to lack of time, she discovered the strength to change her life — and more importantly, herself — for the better.

Her eyes were opened to her true potential by Andrei Rosu in a presentation about energy and vitality. She was so impressed with what she heard that by the end of the presentation her mind was made up: she was going to start running.

Like all beginnings, it was hard at first. She had to train every day and started to run in a few local marathons in Bucharest. Her training paid off in just 9 months though, finishing her first major sporting event after her sixth month of training — the 21 km Transmaraton — and going on to pass the finish line of the 42 km Bucharest International Marathon and running for 52 km in the 1000 km Balkan Challenge.

In her own words:

“Sport has been an extraordinary tool to gain confidence in my own person, to get out of the mud of comfort in which I dived every day and seek my true identity: that of the normal person with extraordinary energy. From now on, I will do sport as a way of life, in order to keep my energy at maximum levels and to become a model for my family, that I have already started to work on.”

After her success, she had time to think and ponder: “I will continue running, but how, when, why, and what for?” — to these questions, she had no answer… yet. With determination in her heart, she crafted for herself a plan and a purpose: to run 7 marathons and 7 ultra-marathons, on 7 continents, in 777 days — the now-famous 7–7–7 Project.

The first step was also the most treacherous: running 100 km in -25 degrees through the most inhospitable terrain on Earth — this was the Antarctic Ice Marathon and in November 2014, Adriana was going to face it head-on.

Most people enjoy spending their birthdays with friends and family at home, and in the past, this would have been the case for her as well. This time she chose to spend it running for 100 km in Antarctica, in order to raise 15,000 euros for the care of children suffering from cancer (HOSPICE House of Hope Foundation). It was hard, and Adriana even admitted that no training could have prepared her for what was ahead, but in the end, she summoned the will to persevere and won the Antarctic Ice Marathon in less than 24 hours for her 34th birthday, as the only runner that “resisted extreme conditions” that year.

Before she competed, only 5 other women ever entered and finished the marathon. She was the 6th woman to complete it and the first Romanian-born woman to ever do so and win.

With two continents down, Adriana crossed the Atlantic in order to run in Africa. Her first destination where the vast and blistering-hot dunes of the Sahara Desert, where athletes from around the world challenge themselves to finish the Sahara Desert Marathon. Afterward, she set her sights on the Cape Town Two Oceans Ultra 56 km marathon, held on the bejeweled tip of the African continent.

The next leg of her journey took her back to the Old Continent, where she first ran in the French Eco Trail de Paris 50 km — starting near the Grand Canal and past the Parc de Versailles, crossing the finishing line next to the Eiffel Tower, in the very heart of Paris — and then much closer to home, entering and finishing the Chisinau International Marathon.

Following Europe, Adriana ran in New Zealand’s Christchurch Marathon — an event renowned for its fast courses, based on the classic Commonwealth Games marathon of 1974. After New Zealand, she went on to run in one of Australia’s premier marathons, the Australia Ultra 50 km. Interestingly, Adriana might have actually run on two continents here instead of one, as while not yet fully-accepted, there is evidence that geographically Zealandia is a distinct, but mostly submerged continent (also called a ‘drowned continent’ — only New Zealand and a handful of islands are above sea level), that differs from its more established neighbour Australia not only through its geological formation timeline but also ecologically.

After Australia, it was time for her to run in North America. Once there she embarked on the 50km-long Run on the Sly marathon, in Pollock Pines, California — a woodland area at an elevation of over 1,200 meters, within the Sierra Nevada Mountains. Once completed, she undertook the Los Angeles Rocking Summer Marathon and finished that as well.

Nearing the completion of her 7–7–7 project, Adriana Istrate went to Asia and joined the Singapore Marathon — an annual international IAAF (International Association of Athletics Federations) Gold Label road race that has been held since the early 80s. In 2013, the year before Adriana’s run, the marathon welcomed 60,000 runners from across the globe.

Finally — the last endurance race of the 7–7–7 project — the 70 km Vietnam Mountain Marathon in Asia. The last run proved to be even harder than the first; the Asian tropical jungle turned out to be more treacherous than the frozen wastes of Antarctica and Adriana ran 10 km in 18 hours — most of it ankle-deep in mud. It was a grueling experience, but one she triumphed over.

The 7–7–7 Project was a resounding success.

Adriana Istrate managed to compete in and conquer 14 marathons and ultramarathons in just 10 months — much faster than her goal of 777 days. By doing so, she set a new world record and beat Ziyad Tariq Rahim’s performance.

Adriana’s achievements didn’t stop there — she participated in many other local competitions as well as an Iron Man contest, but her list of accomplishments is simply too great to put it all into one article.

Restart Energy highly values contributions to humanitarian causes, especially when done while bringing the global community closer together — something we also aim to achieve through the Restart Energy Democracy (RED) platform. Adriana has our utmost respect for her contributions to both noble causes and her dedication to pushing the limits of what we know we, as humans, are capable of.

The next step in Adriana’s distinguished sports career is quickly approaching — on April 15th, this year, Adriana is planning on running in freezing conditions again; this time on the opposite side of the world to where she started her legend. She will be competing in the North Pole Marathon and this time, she will be wearing RED across the finish line.

Restart Energy Democracy (RED) is a blockchain-powered platform, backed by Restart Energy — a European energy provider with 20 million USD in revenues. The company was built with a vision to democratize the energy sector and quash the dominance of legacy monopolies in the energy world. The company’s credentials include a customer base of 27,000 household and 3,000 corporate clients, expanding at more than 2,000 clients per month (5,000 new customers in the first two months of 2018), and its impressive growth: 1700% from 2015 until today.

MWAT tokens are crypto-tokens that enable the buying and selling of up to 1 MWh of electricity per month on the RED-Platform Software and will facilitate the development of affordable clean energy, though free-market practices. Upon completion of registration on the platform, an initial loyalty bonus of 0.11 kWh is applied. Producers send out monthly loyalty bonuses through the RED Loyalty System, totaling 1–5% of traded on-grid energy in exchange for access to the RED Platform. 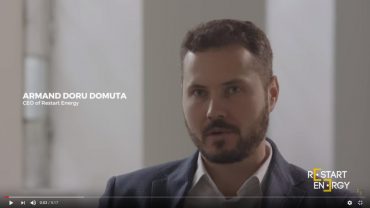