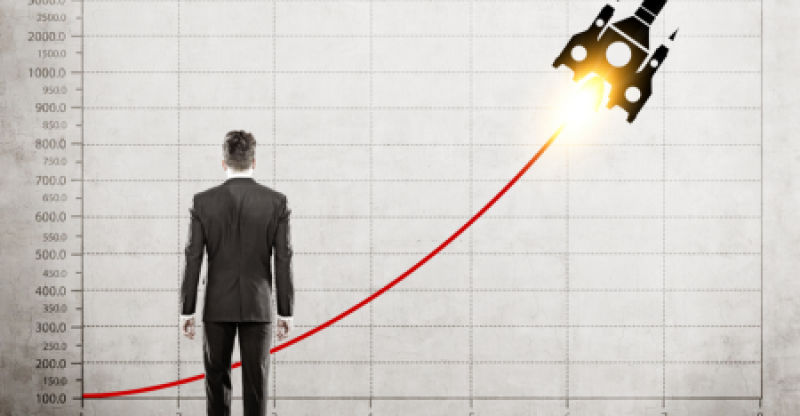 Not long ago, we were all wondering when existing businesses will start adopting blockchain. After all, scalability of blockchain technology is a function of adoption by existing companies.

Kik was one of the most high profile traditional businesses to raise funds via the TGE route when they successfully raised close to a $100 million in September.

The reason we are discussing this topic is that Restart Energy is also an existent revenue generating company. Most of us have not heard about Restart Energy, so let’s have a look at it first.

Restart Energy is a Romanian electricity and gas supply company with expected sales of 20 million USD in 2017. They have a customer base of 30,000 users and offer up to 100% renewable energy supply. Some of its innovate business practices, like the franchise based model, have resulted in Restart becoming the fastest growing energy supplier in the EU.

As we have discussed in some of our previous articles (Power Ledger, Grid+, SunContract), blockchain technology has the potential to completely disrupt the existing energy markets.

In the traditional model of energy distribution, there are multiple intermediaries between the electricity generators and the end users. Intermediaries like the utilities charge a large markup over their cost of goods sold. Typically only about 50% of the cost of retail electricity is used to pay for the electrical energy itself. The other half is tied up in administrative burden, marketing, and risk management associated with bad debts.

When a prosumer (consumer + producer) produces more energy with solar than needed, he has to sell some back to the grid at a meager price as legacy energy providers have no incentives to offer such services because their supply and revenue from consumers would be reduced.

At the center of Restart Energy’s offering is the RED platform, which connects energy producers and traders with retail customers in a decentralized manner. By building the platform on blockchain, several layers of costs associated with bureaucracy and transaction are removed.

The removal of intermediaries and automation of manual tasks will enable producers to sell electricity at a 30% higher rate than their wholesale counterparts, while consumers will pay 30% lower rates.

All parties on the platform will be able to trade energy with each other on a P2P marketplace, which provides equal pricing for all generators removing monopolies.

The business model is scalable as it allows anyone to become a seller/utility by becoming a franchise of Restart Energy. By holding greater than 10,000 tokens, any user can open a franchise that will perform the activities of the traditional utilities at a fraction of costs. Even existing utilities can benefit from being a Red Franchise as they would be able to significantly reduce operating costs using the blockchain solutions offered by Restart Energy.

Restart Energy will also introduce smart meters and watt prediction software, which will better forecast the future supply-demand and pricing metrics offering better value to the sellers. A mobile application will be created for payments and statistics.

Restart Energy will issue the ERC20 RED MegaWatt token during the TGE. The RED MegaWatt tokens act as virtual batteries for energy access; they store access of up to 1 MWh/token of energy. In the token distribution, each RED will come equipped with 0.11 kWh of active energy. Renewable energy producers and suppliers will donate between 1% and 5% from each energy transaction on the platform to the Restart Energy community via transparent energy fund from where it will be evenly distributed to the RED MegaWatt token holders based on the number of tokens owned. Tokens can be used to pay energy invoices issued by the company or sell the energy to other participants on the RED platform.

In addition to being virtual energy batteries, the RED MegaWatt tokens serve other functions like giving access to the platform, providing access to the RED franchises and distributing incomes from the sale of energy contracts.

Restart Energy has an internal token called the KW token. Each 1 kW token will be equivalent to 1 KWh of energy and it will be purchased by the users of the RED platform with crypto and fiat currencies to be consumed or sold on the RED platform.

The Pre-Sale begins on the 15th of January and the TGE on February 14th. The total supply of tokens would be roughly 500 million RED MegaWatt tokens with each valued at 0.1 USD with a hard cap of 30 million USD.

Eighty percent of the coins will be sold in the crowd sale; 12% allocated to the team and 8% will serve other purposes as the Bounty campaign and Advisor compensation.

Twenty percent of the funds raised will be used to consolidate the existing business operations in Romania, while the remaining funds will be used for the development of the platform and expansion in other geographies. For more details on the bonus structure, please refer section 11.8 of the Whitepaper.

Restart Energy is 82% owned by Armand Group, a successful renewable project developer in Romania with more than 500 MW of solar and other renewable sources developed through its subsidiary Armand Consulting. So, the vision has always been inclined towards working with renewables. CEO Armand Doru Domuta is quoted in the Whitepaper as:

“Restart Energy is my legacy to the world, it’s my dream of creating a transparent energy ecosystem that allows and encourages free and direct energy transfers between people that have the possibility to choose renewable energy without limitations from sources they can trust.”

The CEO and founder is an excellent entrepreneur. Restart Energy has grown rapidly in Romania due to some brilliant maneuvers like the creation of the first franchise based energy supply model in the EU, or the only renewables option for users. There are 15 core members of the team, with solid industry experience as most of them have been working for Restart Energy. There are six advisors with a couple of them having extensive experience in energy-related domains.

One red flag is the inclusion of George Popescu to the advisory team. George has been banned from acting as a company director in the UK for 12 years due to some financial irregularities.

Having solid industry experience thanks to Restart Energy’s operations in Romania is a big plus, especially in this particular industry. Restart Energy has already achieved 75% development of the software components and process automation that will comprise the RED Platform.

How does Restart Energy compare with existing solutions?

WePower, Power Ledger and SunContract are some of the existing solutions bringing innovation in the energy market via blockchain. While all the platforms offer P2P energy trading and blockchain and smart contract-based solutions, Restart Energy has some crucial distinctions.

Most important difference is that Restart Energy is a Licenced EU energy provider with a strong customer base and revenues. Restart Energy is not just creating a P2P energy marketplace but is also focused on improving the existing utility infrastructure by allowing anyone to open cost-effective utilities. Restart Energy has agreements in place with energy producers for donating energy to RED MegaWatt Token holders

However, Power Ledger allows third-party applications on its platform, which Restart Energy does not. This third party integration feature has been the selling point of Power Ledger, which has resulted in the token appreciation.

That being said, Restart Energy’s industry experience gives it a clear competitive advantage against all of the existing solutions.

We deduct another 1 point due to the lack of external application integration functionality which gives Power Ledger unlimited potential. We arrive at a score of +6 for Restart Energy.

The scoring in the decentralized energy industry could go as follows,

Going ahead, Restart Energy might get the top rank owing to its core competence in the energy markets.